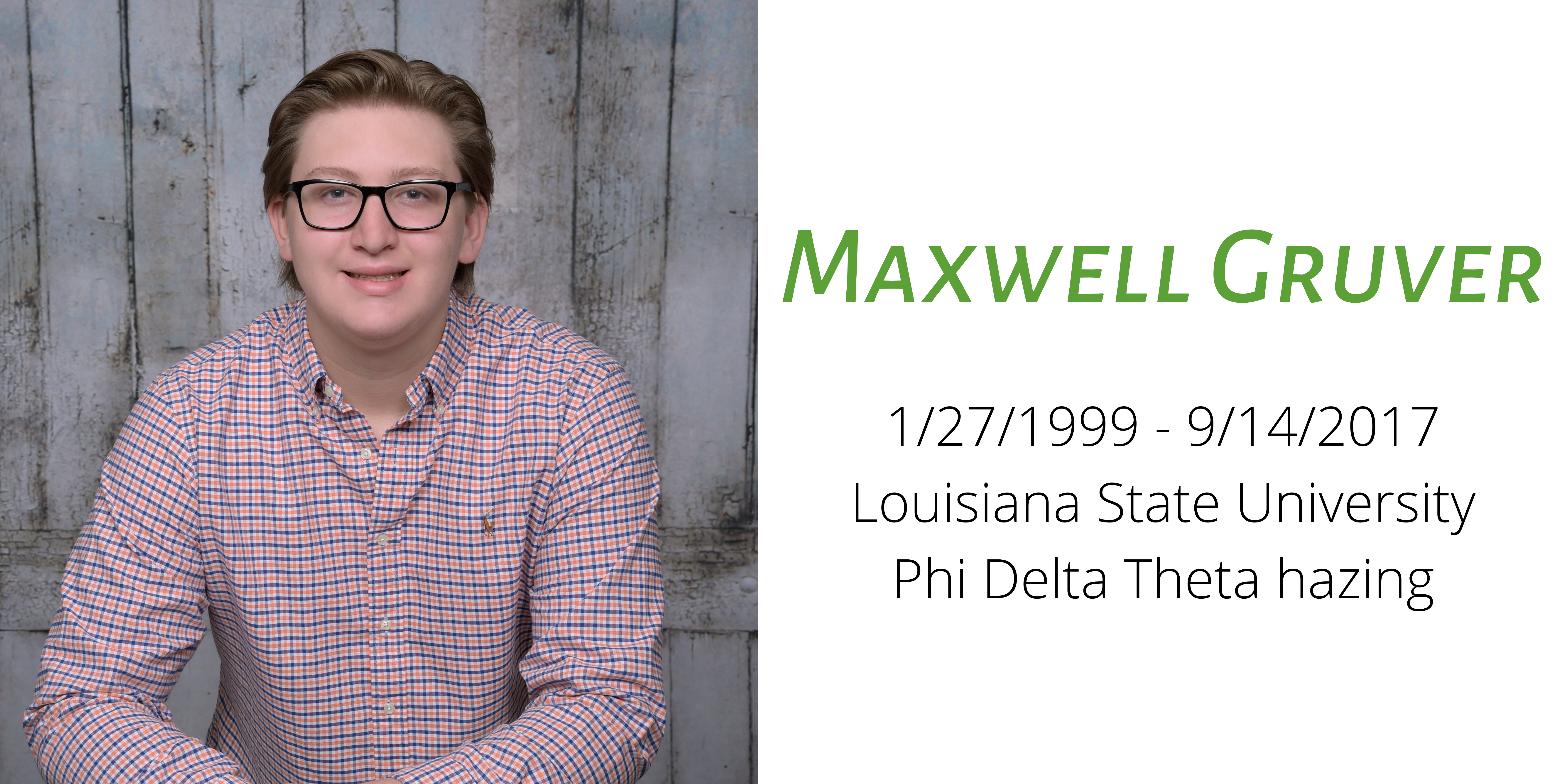 Max Gruver was an 18-year-old freshman at Louisiana State University (LSU) when he died on September 14, 2017, after being hazed during the pledge process for Phi Delta Theta fraternity. Max grew up in Roswell, GA as the oldest child of Rae Ann and Steve Gruver, and he was idolized by brother Alex and sister Lily. Max graduated from Blessed Trinity Catholic High School, where he had a passion for sports, and even coached his little sister’s basketball team. He was a generous, gentle giant with a contagious smile. Max was a published sports writer, and planned to major in political journalism at LSU.

Max’s family dropped him at LSU on August 15, 2017, and as Rae Ann remembers, “Max was so happy — this was going to be his time! He was ready to take on the next chapter of his life.” Less than a month later, Max was summoned to the Phi Delta Theta house for a pledge event. His phone was taken from him, he was doused in hot sauce and mustard, and he and the other pledges were forced to do wall sits while Phi Delta Theta members ran or stood on their legs. “Bible Study” followed, where all the pledges were required to recite the Greek alphabet. As punishment for wrong answers, the pledges were forced to drink from bottles of 190 proof grain alcohol. Max was forced to take 18-20 “pulls” from the bottle in less than 90 minutes. Max was extremely intoxicated and left on a couch to “sleep it off.” Despite obvious signs of distress, no one called for help, even though those around him knew Max was in trouble. Sometime during the night, Max choked to death on his own vomit. His BAC was .495 at the time of his death — more than six times the legal limit.

Max’s family formed the Max Gruver Foundation after his death, which strives to create awareness, education, policy, and laws to prevent hazing. Rae Ann says, “Our family now lives with the hole in our hearts of missing our oldest son, a big brother, a grandson, a cousin, a nephew, a friend, a boyfriend. Our lives will never be the same.”