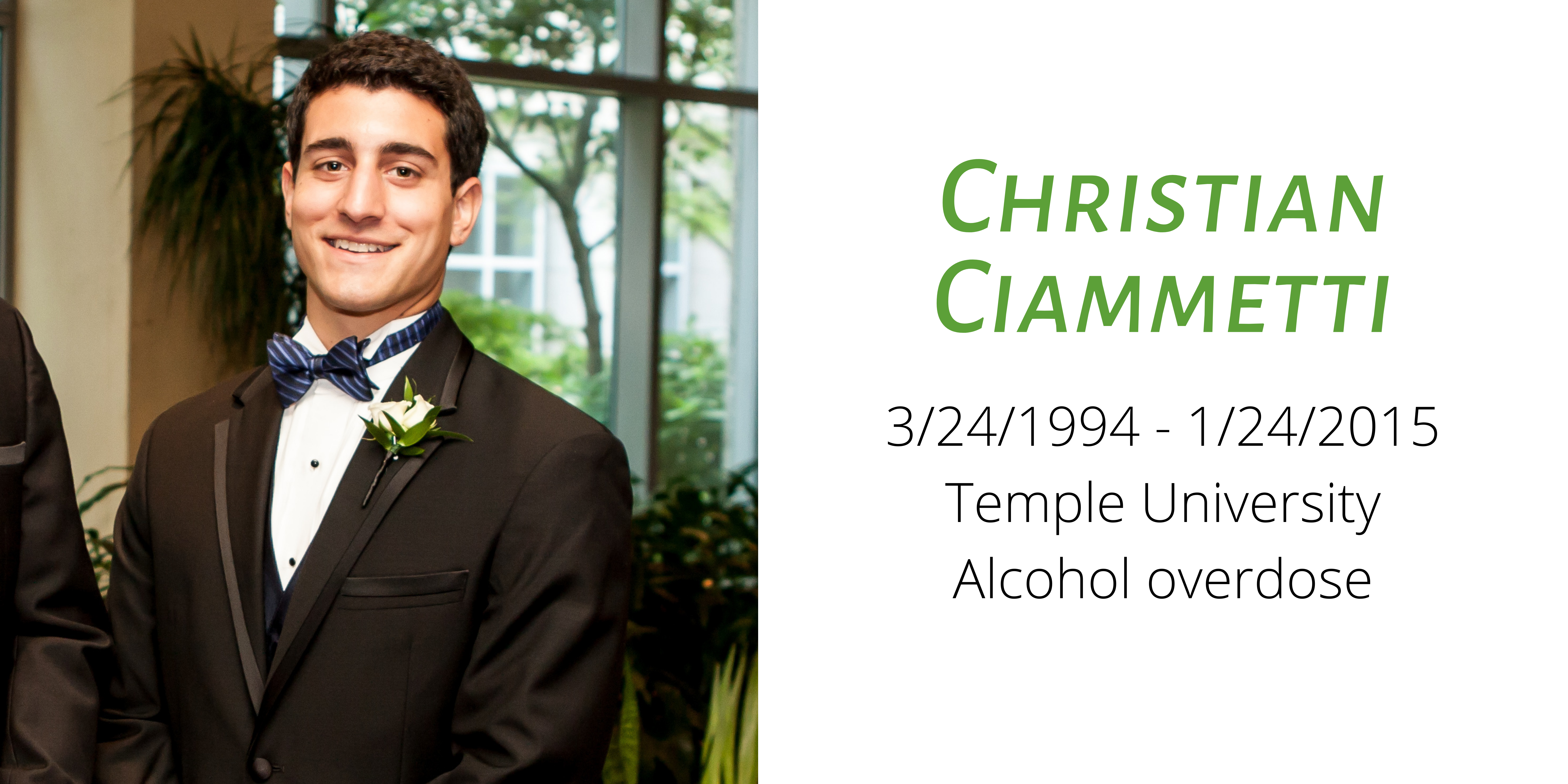 Christian Ciammetti, a 20-year-old Temple University junior from Conshohocken, PA, was majoring in landscape  architecture when he died as a result of alcohol overdose on January 24, 2015. Christian was the treasured son of Mary and Pat Ciammetti, and brother to Trey, Drew, and Coeli. On the night that led to his death, Christian, feeling sad after a recent breakup with his girlfriend, began drinking alone in his off-campus apartment. His friends found him later at a party, appearing heavily intoxicated, and returned him to his apartment. Roommates helped Christian to bed, put him on his side, put a backpack on him to prevent choking if he vomited (not realizing this would increase his risk), and checked on him periodically throughout the night. Christian suffered cardiac arrest early the next morning and was discovered unresponsive in his bed. His roommates frantically performed CPR and called 911, but Christian died after 7 days on life support. Mary established “Don’t Stall, Just Call” in Christian’s memory, to educate students on the signs of alcohol overdose and to know they can make a call and save a life. Mary says, “No family should ever have to go through the devastating loss of their child because of lack of education. This can happen to anyone. No one is invincible. My personal goal is to educate all college students so they can never say they ‘didn’t know.’”